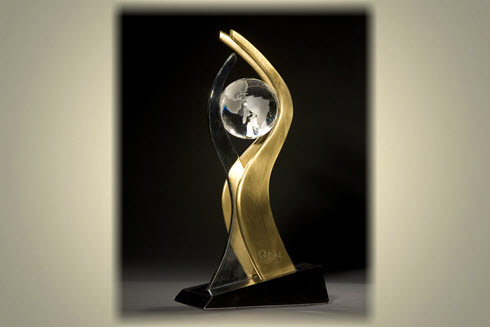 Ron Klemencic, P.E., S.E., F.SEI, F.ASCE, chairman and CEO of Magnusson Klemencic Associates and one of the most talented, accomplished, and pioneering civil engineers of our time, has been honored by ASCE as the 2019 Outstanding Projects And Leaders award-winner in design.

The ASCE OPAL awards honor outstanding civil engineering leaders for their lifetime achievements. This year’s OPAL winners will be recognized at the 2019 OPAL Gala, March 14, in Arlington, VA.

Klemencic has been the structural engineer-in-charge for 214 high-rise projects of over 27 stories in 20 countries, some of them built in the most challenging seismic and wind-hazardous areas of the world. Most recently, he and MKA Inc. designed Salesforce Tower, San Francisco’s tallest structure at 1,070 feet.

Klemencic’s leadership extends also to the refinement and promotion of performance-based seismic design (PBSD), a field in which he helped steer the structural engineering profession toward greater design reliability and efficiency. He has led the planning and creation of 70-plus PBSD structures, a number not even close to being matched by any other engineer worldwide.

“I cannot possibly think of anyone who has done more to promote the cause of practice of performance-based design,” said Farzad Naeim, a seismic specialist at John A. Martin Associates. “From experimental research needed to advance our practice to innovations with respect to new and novel structural systems, [Klemencic] has been on the forefront of our profession.”

Indeed, as a director for the Charles Pankow Foundation over the last 10 years, Klemencic has tirelessly advanced construction-related research. And his significant volunteer contributions are exemplified by his five years as international chairman of the Council on Tall Buildings and Urban Habitat (CTBUH), the leading, multidisciplinary professional organization committed to guiding tall building design around the globe.

His research and its results are available in the form of numerous authored and co-authored journal articles, conference proceedings, and project reports available to the public. Bringing together teams from universities and industry has led to research products both useful to practitioners and relevant for improving design codes and standards – including ASCE 7 – that benefit the entire profession. A prolific presenter at A/E events at home and abroad, he spoke on “A Roadmap to Reintroduce Research into the Civil Engineering Profession” at the ASCE 2016 Convention, in Portland, OR.

Engineering News-Record gave him the coveted Award of Excellence in 2018, and has named him three times as one of their top 25 newsmakers. Klemencic was on the ACI Board of Directors and on their Fellow Nomination Committee for almost four years, being a Fellow himself since 1990. He is also a Fellow of ASCE and a rare honorary engineer member of the American Institute of Architects. In 2017 he was inducted into the National Academy of Construction. Klemencic has been recognized by Purdue University as a Distinguished Engineering Alum, an honor bestowed to less than 200 people in the history of the university.

Klemencic is a licensed professional engineer in 16 states and provinces (civil and/or structural engineer). He holds two degrees in civil engineering, a B.S. from Purdue University and an M.S. from the University of California, Berkeley.

His visits are always a momentous occasion for students on campuses far and wide.