Jessica Chen probably isn’t going to talk to you about how good the Los Angeles Rams defensive line was last season. Truth be told, she doesn’t much care.

She can, however, carry on a far more interesting conversation. She can tell you all about how the Rams’ new football stadium was designed and constructed.

Born and raised in China, Chen now lives and works in Los Angeles as an engineer for Walter P. Moore, where, at only 25, she’s already contributed to massive sports infrastructure projects, including the new Rams stadium, the Minnesota United soccer stadium, and the Jacksonville Jaguars Daily’s Place. 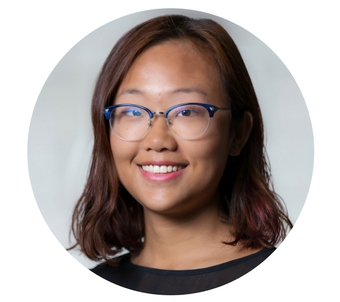 “Not being American, I didn’t grow up watching football, but it’s such a huge thing here,” Chen said. “The whole sports industry is creating so many opportunities for not only structural engineers but developers and for so many people. It’s a really great thing.”

Chen has been honored by ASCE as a 2018 New Face of Civil Engineering.

Growing up in China, she was always fascinated by buildings and structures. When it came time to do a presentation in English class at school, she chose famed architect I.M. Pei as her subject.

“So, engineering was the path that I wanted to go on toward realizing my skills in math and physics, but also turning it into something that everyone can see and benefit people’s lives,” Chen said.

She studied civil and structural engineering at the Hong Kong University of Science and Technology. A study-abroad semester in Michigan piqued her interest in the United States, so she was excited to pursue her master’s degree at the Massachusetts Institute of Technology, focused on civil engineering in high-performance structures.

For someone whose civil engineering passions skewed toward the architectural, the MIT program was a perfect fit.

“In grad school, our director was part of both the civil engineering and the architectural departments,” Chen said. “He inspired me a lot in pursuing an interdisciplinary approach. Our grad project had to include architectural design work, too.

“I think it’s a trend right now for structural engineers to be more computationally capable, because when you work with architects it’s very important that you can actually come up with solutions from the engineering side to help them to improve the design. So, I think this interdisciplinary work among architectural and structural and computational is very niche but also really interesting and will be a big trend in the future.”

Even if she’s not the biggest sports fan in the world.

“I think I’m really lucky to be engaged in these massive projects, especially at this early stage of my career,” Chen said. “My company is pretty specialized in the sports projects, so we’ve got quite a lot of this work.

“I like these massive projects because it takes a whole village to do it. You have the opportunity to work with a lot of really good, experienced engineers. And I’ve had a lot of chances to go to the meetings in Inglewood with the architects and the fabricators. It’s very good experience, and I’m definitely very proud. Like what we work on might turn out to be used in the Opening Ceremonies for the Olympics. It makes you proud of the work and proud of your profession.”

A paper in the "Journal of Structural Engineering" studies the performance of cross-laminated timber dowel-type connections.
Read more
History and Preservation