Neeraj Kumar Sharma’s passport is running out of pages. He’s got too many stamps.

Sharma’s civil engineering career and his penchant for travelling has taken him to 25 different countries (and counting) in six years, bringing a truly global perspective to his work and life in general.

“Every country, every city has its own set of challenges,” Sharma said. “Once you start traveling and seeing and experiencing different places, a gradual realization dawns on you with time that nothing is impossible in this world if you put your heart and soul to it. Human beings were created to do wonderful things.” 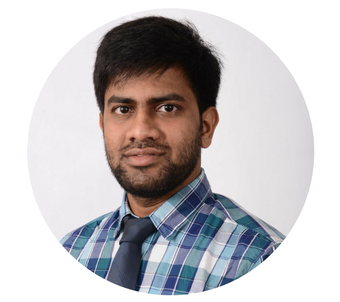 ASCE has honored Sharma, an engineer for Atkins based in Bangalore, India, as one of the 2018 New Faces of Civil Engineering.

Sharma’s story does not begin on the world stage. He grew up in a small town (Jamshedpur, India), where excitement meant a trip to the Tata steel manufacturing plant, watching his dad perform what appeared to be magic – refining raw iron ore into steel.

“Seeing the whole engineering side of it as a child – converting a mundane material into something very productive that’s being used in every structure, every building around the world – that piqued my interest in engineering,” Sharma said.

Even at an early age, the boy had global ambitions: “I wanted to see direct, large-scale impact of my work on the people – preferably in the millions – around me. I carefully chartered the route hence to realize my ambition.”

Thus, he pursued a bachelor’s degree in civil engineering from Birla Institute of Technology in Mesra, India, and a master’s degree in soil mechanics from Imperial College in London, England. It was during his graduate studies that he actually began to see the world, particularly the major cities of Europe.

“Travelling opened the gates to visiting some of the most iconic structures of the world,” Sharma said.

“Besides, simple things like having conversations with strangers in order to get things done – an enquiry, a little favor or a conscious attempt to immerse in the local culture – meant that I had to go out of my comfort zone time and again. Once I started travelling more, I gradually shed my ‘introvert’ tag. That helped me immensely in the official meetings later where I developed a good grasp of what questions to raise and when during those meetings.”

Sharma’s work at Atkins has certainly granted his childhood wish for large-scale influence and impact.

In the past, he has worked on landmark infrastructure projects such as the Doha Metro and the A14 Cambridge to Huntingdon Highway Improvement Scheme. Currently, Sharma is working on the Colombo Port City project, wherein Sri Lanka is building a new mini-city, akin to Hong Kong, on nearly-270 acres of land reclaimed from the sea. Sharma serves as both the lead designer and as a key part of Atkins’ Digital Engineering Capability Improvement team.

“Essentially, we are building up a city from scratch,” Sharma said. “We are designing complex bridges, commercial and residential buildings, water structures, utilities and even electrical power plants.”

Using the latest innovations in civil engineering to develop smarter cities seems like a natural next step for Sharma, having seen plenty of the world already. He’ll continue traveling, though, seeking new experiences and broadening his horizons.

“I’m a travel fanatic,” Sharma said. “Twenty years from now you will be more disappointed by the things that you didn’t do than by the ones you did. Explore. Dream. Discover. That has been my life mantra.”