Reprogram How You Think About Infrastructure 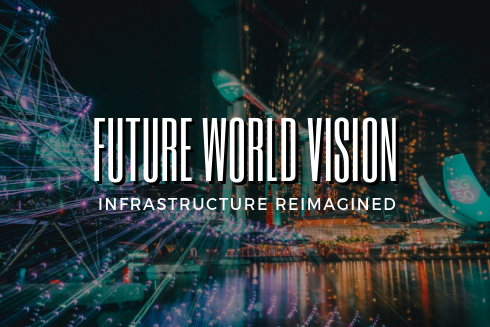 Mikhail Chester was at a crossroads of sorts.

He’d done plenty of good work in the sustainable engineering space – life-cycle assessment, climate change adaptation, resilience and the like – and won ASCE’s Huber prize in 2017 for these efforts. But there was something missing, some kind of unifying, synthesizing approach to tie it all together.

“A few years ago I stepped back and asked myself, ‘What is it that I’m really trying to understand here?’” Chester said. “‘I’m working on a lot of issues at the intersection of infrastructure and the future, but fundamentally, what is the problem with infrastructure and how should we be approaching infrastructure for the next hundred years?’”

The key idea Chester continued to wrestle with is this:

The world around us seems to be accelerating. But infrastructure, meanwhile, is traditionally very slow to change. Ergo …

Those are the keywords Chester hit upon – agile and flexible.

Through his work as director of Arizona State University’s Metis Center for Infrastructure and Sustainable Engineering, as a professor at Arizona State, and as a member of the ASCE Committee on Sustainability, Chester has been able to develop the kind of unifying approach to the built environment he was looking for – a new conceptual framework from which to develop infrastructure that is both more agile and more flexible.

The main idea is the shattering of two seeming contradictions.

STOP thinking about infrastructure as dumb and rigid physical assets.

START thinking about infrastructure as a set of wicked and complex problems.

“Dumb” in this case is a descriptor, not a judgment. But judging the expectation we often have of infrastructure in 2019 to look and function much the same way it did last century as “dumb” is reasonable.

“I would argue that because the services that infrastructure deliver haven’t changed radically in decades, if not centuries, we accept a design paradigm where infrastructure can be rigid.” Chester said. “But given how quickly the world is changing this rigidity doesn’t make sense anymore.”

This is the crux of the problem outlined above. Climate change, autonomous technology, social-economic shifts, all of the trend drivers in ASCE’s Future World Vision – these factors are creating a world that moves too fast and is far too unpredictable to continue relying on dumb, rigid infrastructure, Chester says. Infrastructure, he says, should instead be viewed differently, not as an amalgamation of hardware, but as wicked, complex problems.

“The real challenge isn’t how to design and optimize the appropriate asset; it’s managing the complexity of differing stakeholders, working with financing uncertainty, integrating new technologies, which change with the situation and context,” Chester said. “Adding to these challenges are the wicked problems that infrastructure must address, ones that have no cookie-cutter solution that can be applied across the board.”

How to approach infrastructure today, or into the future, is a wicked problem. The monumental and often decades-long feat of deploying a transportation solution that works for say New York doesn’t provide a copy-paste solution for a similar transportation problem in Cincinnati or Beirut. Every infrastructure problem is unique. In general, a wicked problem is one that cannot be solved because of incomplete information or changing requirements.

The complexities, meanwhile, are growing. Expecting infrastructure to function for the next century based on projections is futile. It’s becoming more and more challenging to predict 10 years out reliably, let alone 100, Chester says.

“The systems that civil engineers manage are now inherently complex,” he said. “The tools that we continue to use are for the last century where stability was a reasonable assumption and our infrastructure were simpler. We’ve spent decades layering new technologies on top of old and integrating infrastructure services into every facet of society. We have to accept that the systems that we design and manage aren’t going to become less complex. We’re going to have to change the way we approach infrastructure.”

START thinking of infrastructure as a process.

Chester has seen many civil engineers enter the field and hit a philosophical wall. They’ve been trained to optimize – to look at a situation and determine the ideal solution, only to find that the ideal isn’t possible.

“They think, ‘What am I supposed to be doing here? I thought my job was to be optimizing. My job is now very different than I thought,’” Chester said. “If you’ve been in the field, then you know this. You’re negotiating through this process. You have to find the decision that satisfies across differing stakeholder demands, forecasts of what the future could hold, and new technologies.”

“The reality of the situation is one of increasing complexity, Chester said. “Our infrastructure has become highly interconnected. They are going to have capabilities, and vulnerabilities, that we haven’t yet begun to tackle. Let’s not trivialize that complexity. Let’s recognize that it exists and begin to address it as a discipline and position ourselves to lead these systems as they transition and become even more integrated into our world.” 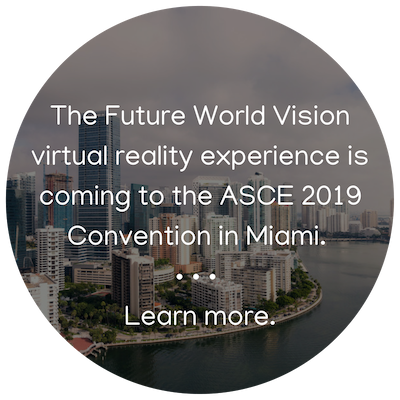 “You commit to maintaining a process of adaptation across the infrastructure life cycle,” Chester said. “We have to shift the mindset from one that thinks we’re going to put down an optimal solution and walk away to one where we’re going to commit to trying something, collect data on how it’s performing, and then we’re going to commit to adapting that infrastructure later on given our better picture of the future and changing demands. We must change our financing and governing institutions to accommodate this adaptive management process.”

Chester and his team at Arizona State continue to develop these ideas through the variety of projects they’re researching and implementing. The scope is daunting, the scale is enormous and stakes are high. But he remains hopeful that the group’s conceptual framework is up to the challenge:

“Engineers in the field are living this on a day-to-day basis. People are largely receptive to this message. We just haven’t developed the education and competencies needed to manage this new reality.” Chester said.

“And before we panic, don’t worry, we’ve got some inkling of what we can do.”

Learn more about the 2019 International Conference on Sustainable Infrastructure.

Join the Collaborate conversation about infrastructure.