Melanie Villatoro, P.E., M.ASCE, is an assistant professor in the Department of Construction Management and Civil Engineering Technology (CMCE) at New York City College of Technology in Brooklyn, New York. She teaches Statics, which is a required course for freshmen construction management and civil engineering technology majors. It is the first of four in the department’s design course sequence; therefore, mastering the material is vital, because students must pass this course to proceed to the others in the sequence. One method Villatoro has implemented in Statics to foster success is the Peer-Led Team Learning (PLTL) instructional model.

PLTL is a method first pioneered in chemistry courses and later expanded to other STEM (science, technology, engineering, and math) disciplines in order to retain students in these majors and lower failure rates. “The PLTL strategy involves students working in small groups to solve problems designed to reinforce the lecture material,” said Villatoro, who wrote in response to questions posed by Civil Engineering. In Statics at City Tech, each group is led by a peer leader who has either completed an undergraduate degree or is currently an upper-level undergraduate student.  All peer leaders must complete a semester of training by taking a one-credit peer-leader training course.

Implementing the PLTL strategy was years in the making. Villatoro observed that student performance was low and withdrawal rates were high for Statics. “A student’s performance in Statics is indicative of [his or her]success in the curriculum; without satisfactorily passing the course, it is unlikely the student will be retained in the major,” according to Villatoro, Karla Peña, and Janet Liou-Mark, Ph.D., in the paper “The Effects of Peer-Led Workshops in a Statics Course” (presented at the 2018 American Society for Engineering Education Mid-Atlantic Section Spring Conference, Washington, D.C.).

Implementing the PLTL strategy was years in the making.

With this in mind, the CMCE department conducted a study that began in spring 2009 and concluded in fall 2016. Participants were freshmen who were majoring in construction management and civil engineering technology. Over the seven years, 1,396 students participated in the study. They were divided into three cohorts: no PLTL, nonmandatory PLTL, and mandatory PLTL. “These categories reflect the time periods of the Statics course where PLTL was not offered at all, when it was an optional support program, and when it officially became part of the curriculum,” stated the paper’s authors.

For each cohort, the final grade distributions were recorded and organized into five categories:

“The results showed that ABC pass rates of the mandatory PLTL sections were approximately twenty percent higher when compared to sections with no PLTL,” Villatoro stated. “Moreover, the withdrawal rates were approximately ten percent lower for the mandatory PLTL sections when compared to the rates of the other sections.” Just as important, having the support of their peers played a pivotal role in boosting the level of learning in Statics.

The class is divided into two parts: lecture and workshop. During the lecture portion, Villatoro summarizes the concepts to be tackled during the workshop, which is where the peer facilitation and collaborative learning occur. Workshops are an hour long, during which the groups solve problems that are aligned with the lectures. Villatoro develops the problem sets; however, the peer leaders are responsible for creating their own answer keys before each workshop. Peer leaders are discouraged from providing answers to their group members. Instead their training reinforces the importance of the students working together to determine the answers. “When they are working together to solve a problem, they start to identify their errors and erroneous patterns of thinking in their work,” Villatoro says.

Students are not the only ones who benefit from this learning strategy — peer leaders benefit as well.

“PLTL forces the students into structured study groups,” giving them a framework for “studying with their peers, building their confidence, and providing them with a support network,” Villatoro said. Additionally, the groups are an optimal arena for active learning. Groups remain the same throughout the semester, providing added levels of continuity and stability, which are especially beneficial during students’ first year, noted Villatoro.

Sample workshop topics include truss analysis, equilibrium, friction, and section properties. Students are assessed in the workshop based on their level of engagement and contribution, attendance, and workbook completion (students complete workshop problems in a notebook). Projects, exams, and homework assignments, in addition to the workshop, determine their overall grades.

Students are not the only ones who benefit from this learning strategy—peer leaders benefit as well. Facilitating groups enables them to develop their leadership skills and master statics, assisting them in their advanced studies or careers.

At City Tech, PLTL is integrated into seven math courses, but right now, Statics is the only course in the CMCE department in which it is mandatory. “PLTL in Statics is one of the first adaptations of the program in engineering curricula,” Villatoro said, “and it could be a useful tool for civil engineering programs struggling with student performance in Statics.”

Villatoro wants her students to succeed, and PLTL is a proven way for them to do so.

Do you have an innovative program for reaching and teaching today’s technology-savvy civil engineering students? If so, email [email protected] using the subject line “Higher Learning.”

This article first appeared in the February 2019 issue of Civil Engineering. 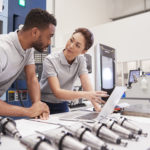 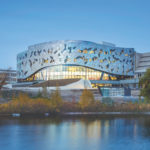