Her story begins in Nicaragua, but follow closely, because the plot moves all over the map from there.

Madeley Arriola Guerrero, A.M.ASCE, an associate engineer for Chen Moore and Associates in West Palm Beach, FL, holds a remarkably world-wise perspective early in her career thanks to a decade of global education and engineering work. ASCE has honored her as a 2019 New Face of Civil Engineering.

Her humility notwithstanding, it’s been a bit more than luck. Arriola Guerrero grew up in Nicaragua, the daughter of a hydrologist (Manuel Arriola) and a biologist (Lorena Guerrero), and even as a child she was aware of the challenges her home country faced. 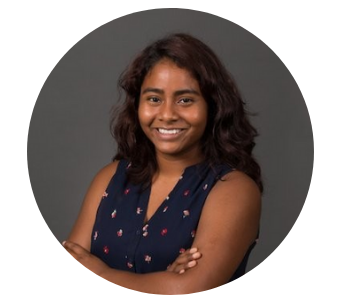 She noted the infrastructure problems around her, especially water scarcity and pollution in potable water mains.

“I think growing up with that, I realized I just wanted to find a career that could help improve those things as much as I could,” Arriola Guerrero said.

That’s when her adventure truly began. After completing high school at the age of 15, she had the unique opportunity to represent Nicaragua in an educational program called United World College. She lived and studied for two years in Norway, with students from more than 70 countries from around the world.

“It brings people together from around the world to promote understanding, reduce racism, stereotypes and inequality,” said Arriola Guerrero, who was able to travel throughout Europe and make significant friendships during her time in UWC.

From there, it was off to the United States to study civil engineering as an undergraduate. She started at the University of Oklahoma before transferring to the University of Florida. She joined UF’s Engineers Without Borders team, taking on the design lead role for a group of 20 constructing gabions in Aripalca, Bolivia. The following year, she helped coordinate the assessment of an EWB project in Peru.

Quite the resume of world travels by the age of 22.

“I think each place I’ve been to has definitely influenced me a lot, especially the people I’ve been with,” Arriola Guerrero said. “Coming from a tiny developing country of six million people, the chances of you traveling abroad are so small, because of money and whatnot.

So, for me to be able to meet culturally diverse people with beautiful, courageous, and international backgrounds, who are now extremely good friends of mine, made a big impact on me.”

Helping communities in Bolivia and Peru has given her a new perspective, too, on where she grew up.

“I think I can reach more people, I can know more, there are so many places in the world,” Arriola Guerrero said. “And there are other countries in the world that are struggling just as much if not more than Nicaragua.”

“With what I’ve learned, I feel I should help as much as I can,” Arriola Guerrero said. “And I love working with kids.”

Arriola Guerrero earned a scholarship a few years back to build a well and latrine in the rural La Zorra community, where her mother grew up. “Being able to help them at home, that had a big impact on me,” Arriola Guerrero said.

“I try to go home at least like twice a year,” Arriola Guerrero said. “I miss the people and the cultural environment. We’re very spontaneous people, crazy into dancing and strong into identity. I love dancing salsa. I think that’s probably the thing I miss the most – hanging out with my friends, going dancing on a Friday night.”

Though she’s traveled the world and now lives and works in Florida, Nicaragua will always be home.

Connect with Madeley on Linkedin.