New app incentivizes people to ‘do the right thing’ 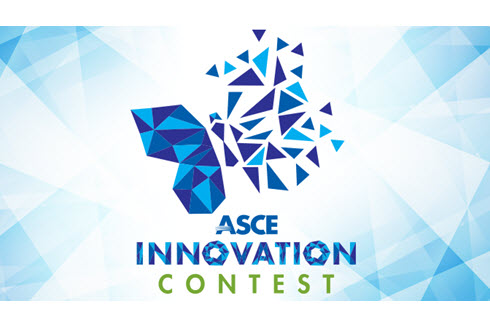 All technical innovations are at some level studies in behavioral science.

Supal led an ecology club at Macomb Technology Center in suburban Detroit, and observing his students’ behavior, he noticed that recycling was not as easy as he thought it should be.

“If you look at most of these bins, they’re very confusing,” Supal said. “They give you so many pictures and so many instructions that you get fed up and you just toss trash in the bin that you think might be right.

“Even I was struggling with that problem. I’d see three bins and maybe about 25 pictures. It wasn’t clear to me. There spawned the idea.”

Developed as part of the ASCE Grand Challenge, the ASCE Innovation Contest serves as a springboard for forward-looking infrastructure ideas. In its fifth year, the contest invited finalists to showcase their innovations before an international audience through a virtual competition during the Convention.

The E-Bin app – which can be downloaded for free in the Apple app store or Google Play store – simplifies the recycling process while also incentivizing behavior by establishing a system of rewards.

“I do think in general if you watch people, they all want to do the right thing.”

The app is customized to fit with any community’s existing recycling bin system – single or multi-stream. It communicates with the bins through a QR code sticker that can be printed out through the app. The user then simply scans the QR code to identify the recycling station, then scans the UPC of the recyclable in question – or speaks directly into the phone, using terms like “straw” or “K-cup” to identify the most appropriate bin based on its material type. To help educate, the app presents a question on recycling and rewards the user with “green” points that can later be cashed in for free coupons.

“I do think in general if you watch people, they all want to do the right thing,” Supal said. “Especially younger kids. But everybody’s pressed for time, and they don’t necessarily take the time to read anything except for stuff on a screen. But they will use their phones. They’re very proficient on using their phones and following instructions on a screen.”

Supal deployed the E-Bin system of sorting and rewarding at his school, with prizes for recycling that included open computer time, fast-food coupons, even a new laptop as a grand prize. Schools and businesses can use the app to customize their own system of rewards.

Supal said the ASCE Innovation Contest prize money will help him travel to various schools and businesses to help them get set up with the E-Bin system. His lifelong drive to invent and create embodies the spirit ASCE aims to showcase with the contest.

“I’m always looking for new ideas. I’ve always invented things. That’s just part of my nature, I guess,” Supal said. “And I want to instill that feeling in kids as well, to think about issues that are problems in society or things that bother them. I always tell the kids, ‘The next time you’re frustrated by something that bothers you, maybe you can be the one who comes up with the solution.’”

For more information about the E-Bin app, or if you need assistance implementing it with your recycling method, email [email protected].

A group of childhood friends in upstate New York knew they wanted to go into business together. The innovation they developed might just change the concrete industry.
Read more
Innovation

A new innovation coming out of Romania is fundamentally changing the way sewerage projects get done.
Read more
Innovation

Microplastics are a potentially dangerous emerging pollutant in water supplies. A team of Georgia Tech students may have just solved the problem.
Read more