Bring Your Own Cardboard 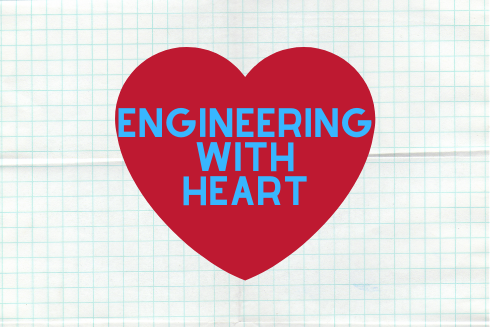 “Engineering With Heart” is a series of articles by Michael Paddock for ASCE News.

Paddock, P.E., M.ASCE, a 30-year member of ASCE, is a licensed civil engineer and surveyor. His professional career was spent managing teams of over 100 engineers designing infrastructure projects over $1 billion, and he was the youngest-ever recipient of Wisconsin’s “Engineer of the Year” award. After a near-death cancer experience, he was motivated to begin a pro bono engineering career that has delivered projects with Engineers Without Borders USA, Rotary, Bridges to Prosperity and other nonprofits on five continents over the last 20 years.

In today’s Member Voices article, Paddock draws on his own travels to paint a picture of how climate change is affecting the communitites of Mozambique.

As I look at the small blue school, it breaks my heart.

It is a temporary school made from a blue tarp, built as part of the post–Cyclone Idai disaster response in Mozambique. The school has no desks, no chairs, not even a wood plank to sit on. A tarp covers about half of the dirt floor, and the students arrange themselves on it to avoid sitting in the dirt. The students seem unfazed by their setting; they exude boundless energy as they talk with each other and play before class starts.

Clearly, they have recovered faster than the infrastructure around them.

A small girl rushes into the school. She is late and looks around for a place to sit, trying to avoid sitting in the dirt. Then she notices her friend sitting on a small piece of cardboard along the edge of the tent. The two make eye contact and her friend slides over to make some room, patting the empty spot on the cardboard with her hand. The two girls wiggle their tiny behinds to nestle into their spots on the cardboard, giggling – but not loud enough to attract the teacher.

‘You do what you have to do’

These girls, their families and country are on the front lines of climate change. They really don’t understand that change – they simply know that the dry season is lasting longer and the cyclones – like Idai, which crashed into their homes with 220 km/hr winds two months earlier – are getting stronger and more frequent.

The winds were bad enough. But the real danger was the flooding that inundated their houses and community with six feet of water, forcing them to take refuge on any roof that survived the storm.

They waited 10 days for the floodwaters to subside. I listened to story after story from individuals about their struggles as they were stranded on roofs without food or clean water.

All the public buildings had been flooded, including the hospital. This forced the doctors, nurses and patients to retreat to the bleachers at the soccer field. One pregnant woman gave birth there. I asked the director of the hospital how she had managed to provide healthcare under such conditions. She looked away, overcome by emotion as she remembered those terrible days. Then she turned, looked me squarely in the eye, and said, “You do what you have to do.”

Mozambique is arguably one of the most vulnerable countries in the world to climate change. Its proximity to the sea and low coastal elevation expose it to cyclones, storm surge and flooding. Its lowlands have flooded for centuries, but as documented by a recent Yale University report, “How Climate Change Is Making Hurricanes More Dangerous,” the country can only expect stronger wind speeds, more rain and worsened storm surge.

Mozambique’s needs are staggering. Before the cyclone, it was the ninth-poorest country on the planet (180 of 189) based upon the Human Development Index. Cyclone Idai did not help, with its damage or destruction of over 4,200 school classrooms, 94 clinics and 240,000 homes.

As engineers, climate mitigation is becoming more and more a part of our job. The ASCE manual “Climate-Resilient Infrastructure: Adaptive Design and Risk Management” is proving to be an excellent resource for engineers as we manage climate change risk.

The government of Mozambique, through the United Nations Development Program, had requested assistance from Engineers Without Borders USA to help the nation Build Back Better and be better prepared for future disasters. The government’s engineers, with assistance from the UNDP/EWB team, assessed key government facilities like the police stations as well as schools, clinics and neighborhoods. The assessments determined which buildings could be saved and what temporary measures were needed to put them quickly back in use. Final resilient repairs were estimated to inform the long-term response strategy.

The government of Mozambique is determined to minimize the loss of life caused by future events. The engineering team is working on resilient housing solutions along with “hardening” key places of refuge so people will have a safe place to wait out the next storm.

For some communities, like this one, the government has wisely decided to provide them a resettlement site on higher ground. The overall reconstruction and resettlement program is likely to take several years.

The little school’s class is ending. The two girls get up from the cardboard and carefully fold it up as a prized possession. It will be needed again tomorrow.

I talk with one of the mothers who has come to meet her children. We congratulate her as she shows us the new plot of land that will be her family’s new home. It is covered in brush and has a small tent in the corner for the family. They have access to a shared community latrine and water point. She says she feels lucky – she now has a new safe place to call home. She then asks, “What will my country do when there are no more hills for us to move to?”

I look at her face, hardened from years of working in the sun, and into the soft, questioning eyes that stare back at me.

I realize I have no answers for her.