ASCE's News and Information Hub
The Source Civil Engineering Magazine How ASCE’s Code of Ethics May Apply to Personal Conduct during the Pandemic
A Question of Ethics
Diversity, Equity & InclusionEthics 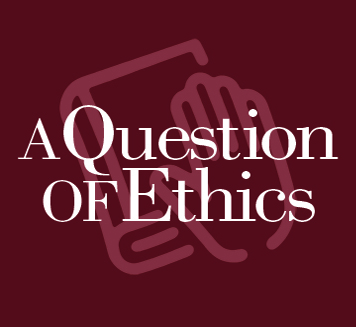 This hypothetical situation is modified from an actual case that was considered by ASCE’s Committee on Professional Conduct (CPC).

AN ASCE MEMBER maintains a personal Facebook page on which he regularly shares humorous graphics, videos, and popular memes. As evidenced by his postings, the member’s sense of humor runs the gamut from innocent to salacious, with topics ranging from family and home life to current hot-button social or political issues. Yet, while some of his previous posts may have reflected polarizing or even unpopular points of view, in the months since COVID-19 rose to international attention, the member’s “humor” has been increasingly targeted at one subject—people of Chinese nationality or descent. The member has made numerous posts mocking the Chinese language or accent, repeating negative stereotypes about the Chinese diet, or implying that all people of Chinese ethnicity are carriers of disease.

Despite the purportedly personal nature of his page, the member’s account contains multiple linkages to his professional life. The member is employed at the management level in a large engineering firm, and his employment information and job title are clearly identified on his page. In addition, the member has recently been elected to a leadership role in his ASCE Section, and the member’s profile picture and timeline prominently feature items related to his participation at ASCE events.

While the posts are visible only to the member’s Facebook friends, that list is heavily populated by fellow employees, clients, and vendor contacts for his firm along with other ASCE members and volunteers.

Alarmed at the racially divisive nature of the local leader’s jokes, another ASCE member contacts the CPC for its opinion on whether this conduct should be considered a potential ethics violation.

Did the engineer’s actions in making these posts on a personal social media account violate the ASCE Code of Ethics?

Disparaging humor aimed at people of diverse backgrounds sends a message that differences are a feature to be mocked rather than celebrated and signals to those who are “in” on the joke that it is acceptable to express negative views of people with differing characteristics.

Fundamental Canon 8 of the ASCE Code of Ethics reads: “Engineers shall, in all matters related to their profession, treat all persons fairly and encourage equitable participation without regard to gender or gender identity, race, national origin, ethnicity, religion, age, sexual orientation, disability, political affiliation, or family, marital, or economic status.” Guideline a under that canon directs members to “conduct themselves in a manner in which all persons are treated with dignity, respect, and fairness.”

Since its adoption in July 2017, this canon has occasionally sparked question as to whether its concepts are either necessary or appropriate for inclusion in an “ethical” mandate. Some critics, for example, note that Canon 8 closely models U.S. laws affording fair treatment to members of protected classes; they argue that the behaviors covered under this provision are better addressed in the legal arena. Others observe that the term “respect” is often attached to everyday courtesies and social norms, raising concerns that Canon 8 improperly seeks to govern manners rather than morality.

But the inclusion of these concepts in an ethical canon sends an important message about how critical the notions of inclusion and respect are to the enduring success of the civil engineering profession. Today’s professional landscape offers perhaps greater risk and opportunity than ever before, continually challenging engineers to find better ways to serve clients, protect the public, and enhance the quality of life. Inclusion and respect create a culture that invites a diverse pool of professionals to embrace this challenging environment and affords them the necessary conditions to cultivate and apply their talents.

Conversely, a culture that is repressive or intolerant of differences may be off-putting to new professionals or may limit their ability to contribute unique ideas or perspectives. Such intolerance can be demonstrated through outright acts of discrimination, or it may take more indirect forms, such as social cliques, differing access to mentorship or other opportunities, or as in this case, disparaging remarks or humor. Far from being just a joke, disparaging humor aimed at people of diverse backgrounds sends a message that differences are a feature to be mocked rather than celebrated and signals to those who are “in” on the joke that it is acceptable to express negative views of people with differing characteristics. This effect is heightened all the more when the person making the joke occupies a position of leadership or esteem, as it further legitimizes behavior that isolates or excludes outsiders.

In this case, the CPC felt that the
member’s prolific interactions with
professional colleagues on his Facebook
page meant that his activities there
were not purely personal.

Of course, recognizing the harms of racially divisive humor does not end the analysis of this case study. In fact, in the actual case on which this scenario is based, the CPC spent less time considering the propriety of the conduct itself and more time debating whether it was possible to apply ASCE’s Code at all because the member’s comments appeared on a personal social media account.

One of the biggest open questions for professional codes of conduct is the extent to which they apply to a member’s personal conduct. One possible view is that there is no difference between professional and personal ethics and that individuals who commit to an ethical standard are expected to follow that standard in all aspects of life. Conversely, it could be argued that the domain of professional ethics begins and ends at the workplace and that standards for performing professional service to others have no bearing on a person’s private life.

Perhaps a more realistic argument lies somewhere between these two poles, recognizing that the application of professional codes must be judged in each individual case. For example, while it might be unreasonable to apply a professional standard of competence to activities that do not involve the delivery of engineering services, it might be wholly appropriate to examine whether an act of fraud or crime in a nonengineering capacity might still cast doubt on an individual’s professional integrity.

In this case, the CPC felt that the member’s prolific interactions with professional colleagues on his Facebook page meant that his activities there were not purely personal. They believed that the member’s postings thus reflected poorly on his professional judgment and were certainly not in keeping with the strictures of Canon 8. Moreover, they felt that the member’s leadership role in his company and his professional society conferred an even greater obligation on him to be mindful that others may judge those organizations by his conduct—for example, perceiving that they are unwelcoming of, or discriminatory against, people of certain ethnicities.

At the same time, the CPC was reluctant to take a heavy hand in policing the social media activity of ASCE’s membership and was not convinced that formal disciplinary action was the best means of addressing the member’s conduct. The CPC ultimately declined to open a case but instead contacted the member informally to advise him of its concerns and to recommend that he pay greater heed in future to Canon 8’s requirements and the values expected of leaders in the Society and in the broader professional community.

Why people skills belong in your tool bag

Technical knowledge is essential for engineers, but a people-focused approach is also key to a successful career.
Read more
Career Development