For New Face, Civil Engineering Fulfills an Inner Need to Help Others

Casie Venable had a simple wish as a kid.

She wanted to help people.

She didn’t know what form that would take. She couldn’t know how her life would play out. But she did know she wanted to make a positive contribution to the lives of others. 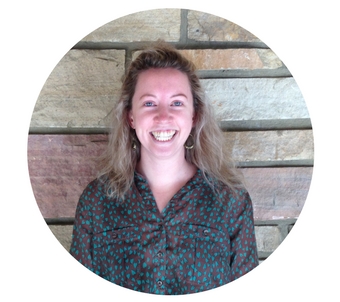 Venable has made several service trips around the world and is now a Ph.D. student at the University of Colorado, Boulder, focusing on post-disaster resilience research.

“Everything we do as civil engineers has an impact on people and on communities,” Venable said. “There is a lot of influence that comes from that. But that means we also have to act very responsibly and know what impacts we’re having to better our communities as much as possible.”

ASCE has honored Venable as a 2018 New Face of Civil Engineering.

It’s difficult to pinpoint one epiphany during Venable’s civil engineering journey. It’s been more like a series of reaffirmations.

Growing up in North Carolina, she joined in trips to Raleigh where she helped repair houses for senior citizens and in low-income neighborhoods.

“Many men in my family had worked in construction, so I was familiar with it,” Venable said. “Going on these trips and seeing the impact that a repaired house could have on someone’s life, it was like, ‘All right, civil engineering is it.’ It just seemed right. It just fit.”

The next step was joining the Bridges to Prosperity group at Virginia Tech during her freshman year.

She traveled to Haiti to do surveying work for a new project, taking in a lifetime of lessons learned from what she saw in a country still struggling to rebuild two years after the devastating 2010 earthquake.

“I always thought that infrastructure has an incredible ability to improve our lives, when done properly,” Venable said. “But I also saw the negative side, that if it’s not up to code or there aren’t adequate policies, it can be really destructive. I wanted to look at the bigger picture of policies and how we design infrastructure to withstand disasters, especially in resource-limited communities.”

As a junior, she served as project manager for construction of a footbridge in Nebaj, Guatemala. She and the Bridges to Prosperity team successfully navigated an assortment of challenges to complete the Las Violetas bridge on schedule, connecting townspeople with the city’s markets, schools, and hospital.

“I didn’t sleep very well for a couple of weeks,” Venable said. “But we had a great team of colleagues and advisers, all working through the issues together, building trust, fully understanding the community and their political history and the social dynamics. I was very proud to be a part of that team.”

All of which has led her to Boulder, and Venable’s fellowship through the Graduate Assistance in Areas of National Need program, working on a research thesis project, “Post-Disaster Shelters: Participation, Performance, and Resilience.”

“I always thought that infrastructure has an incredible ability to improve our lives, when done properly. But I also saw the negative side, that if it’s not up to code or there aren’t adequate policies, it can be really destructive. I wanted to look at the bigger picture of policies and how we design infrastructure to withstand disasters, especially in resource-limited communities.”

Her research focuses on Ecuador and the Philippines, where she has conducted fieldwork. She is looking specifically at houses, analyzing how they’ve held up during natural disasters, with an eye on turning the data into recommendations to improve long-term community resilience.

She hopes to perhaps someday work for an international organization, developing infrastructure policy. Along those same lines, a career in politics may also be appealing.

Regardless, Venable says she’ll ground her career in the principle she felt as a child – helping others.

“I just try to remember what young Casie was all about and why I got into this field in the first place,” Venable said. “I wouldn’t be content with a typical 9-to-5. In the long run, if you want to do something that is going to make a difference, it may take some struggle right now because there is so much to learn and so much to explore before you can confidently address infrastructure policy. I try to step back and think about the big goal and that helps me stay motivated.”