The Infrastructure Win-Win Right Down the Street From You 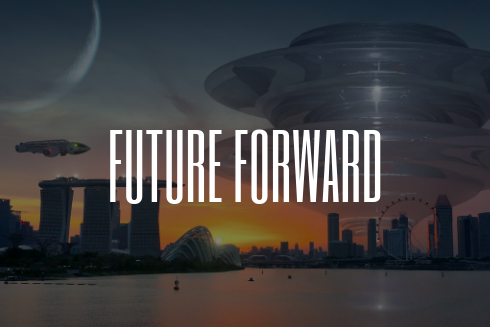 Given the current infrastructure crisis in the United States, where need outpaces funding by a wide margin, the so-called win-win project is critical.

These are the projects that solve two problems at once, and one such win-win opportunity may be as close as your local city park. 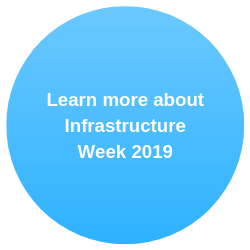 “For example, if you can figure out a way for water leaving the roadways to go into the edges of the park, then you can build a green infrastructure system to help manage the runoff. So that gives you an opportunity for reducing some of the urban runoff at a low cost. And, obviously, you’ve got the park there so people can have an open space and enjoy themselves.”

Over 80 percent of the U.S. population lives in a city, and city parks play a vital role in spurring economic growth and development and creating more resilient communities with green infrastructure systems. However, public parks received a D-plus grade on ASCE’s Infrastructure Report Card in 2017, down from a C-minus on the 2013 edition. 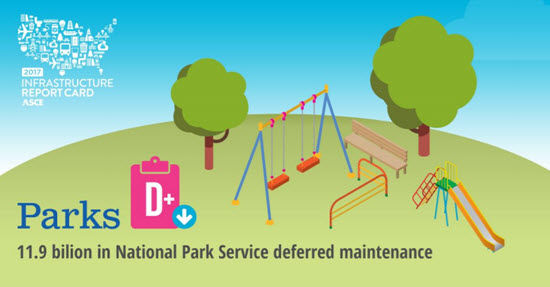 Though parks probably aren’t the most immediate thought for many when they consider infrastructure needs and benefits, Traver has seen several success stories in his hometown of Philadelphia.

The Philadelphia Water Department addressed a sewer-overflow problem by building a wetlands area into the Saylor Grove portion of Fairmount Park on the northwest side of the city. Elsewhere, some of Traver’s students at Villanova helped solved an erosion issue in another city park by diverting urban stormwater. Another student project allowed Traver’s Villanova team to take the message of parks as infrastructure solutions to the community.

“I don’t think it’s obvious to a lot of people that these parks would be a resource for reducing some of the stormwater and flooding impacts or overflows. I don’t think that’s an obvious connection,” Traver said. “The education part is important.”

“We talk about reducing volume and overflows, but you also have to realize urban flooding is a problem,” Traver said. “And with changes in rainfall patterns, it’s getting worse. So, if you’re talking about a major storm event, the park can be used for temporary stormwater storage.

“Obviously, you can’t do that for every storm event or you wouldn’t have a park. But I’d much rather flood a park for several hours than I would somebody’s home.”

If you have an idea for an ASCE News Future Forward feature, please email [email protected].