Want to call yourself a professional civil engineer? Know your history 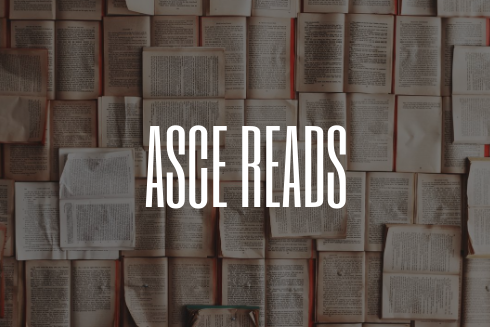 Everyone knows the famous quote, “Know your history or you’ll be doomed to repeat it.”

But in the world of civil engineering, you’ll find a much less cynical spin.

“Know your history, so that you can successfully repeat it!”

Steve Pennington, P.E., L.S., M.ASCE, a senior manager for Geo-Instruments Inc. in Washington, D.C., is a an advocate for the value in understanding the history of the civil engineering profession.

A longtime member of the ASCE National Capital Section’s History and Heritage Committee, Pennington has a new book out this month, published by ASCE, detailing the history of Benjamin Wright, the man designated as the “father of American civil engineering.”

Pennington talked recently with ASCE News about Benjamin Wright’s career and why every professional civil engineer should make it a point to learn their profession’s history.

Pennington: The father of the profession, traditionally, is considered John Smeaton, from England.

The formal resolution has about eight or nine “whereas”es as to why he’s considered the father. And the three most important ones are that:

• First, he was the chief engineer on America’s first great public works project, the Erie Canal.

• Second, he was a mentor to many young civil engineers who went on to have careers of note – John Jervis with the Croton Aqueduct, Charles Ellet with the Wheeling Suspension Bridge; Horatio Allen with his development of railroads; and others.

• And third, Wright was active in the effort to establish a professional society, as the chairman of the committee to draft a constitution for the proposed society. The story goes that the constitution was not ratified and the effort did not take, and it was only in 1852 that the effort was rekindled and they were able to get the organization (ASCE) established.

ASCE News: Obviously, the Erie Canal transformed the country. What most impresses you about that project or Wright’s work in general?

Pennington: At that time, nothing in America had been undertaken of that size. Any project that had been done that you’d call an engineering effort was very small in terms of concept. You might have a breakwater in a harbor. You might have a short canal. But the Erie Canal was the first effort on a large scale. It was unprecedented.

There’s an argument, if you really get into the history of transportation in this country, that the relative magnitude of the Erie Canal and its importance to American society was not replicated until the interstate highway system began in the 1950s.

The Erie Canal is what made New York City what it is. New York City would not be the great political and economic center had it not been for the Erie Canal. For Wright and his engineering group, everything was a challenge with all they had to overcome. Excavation was done by hand, so steps had to be taken to create new ways to speed up the process and improve production. They came up with ways to bring down trees quickly, they devised winches to remove stumps, they improved the horse drawn plow to decrease time spent in excavation, and most importantly they discovered sources of hydraulic cement to allow cost effective completion of the numerous masonry structures throughout the canal. Everything done was new. They had nothing to go on.

It was an enormous undertaking from an engineering standpoint to get that completed, and Wright was able to manage it and get it done.

ASCE News: Why do you think it’s important for civil engineers, especially younger professionals, to be aware of who he is and that history?

Pennington: I’m not the only one who has said this – civil engineering is a profession, not a trade.

And as a professional, if you’re going to be a civil engineer and call yourself a professional, you have to have a basic fundamental understanding of your history and how it relates to society.

You don’t have to have an academic understanding, but just a basic understanding of your history – the great projects, the great engineers. Because it’s from the experiences of those men and women who came before us that lessons are learned today.

This is not a new concept. There have been many papers delivered and presentations made on the idea that as a professional it’s important that he or she knows their history.

As part of that history, it’s important to know the beginning point here in America. Where did it all begin and why? It’s almost a genealogy. As you trace back the projects you can almost develop a family tree of sorts.

And that beginning point would be with Benjamin Wright.

Unwind, relax, (and learn) with these 2021 ASCE beach reads

How to succeed in land development engineering

Every year, ASCE looks back on the year’s trending titles in the ASCE Library – the best books and the most popular journal articles.
Read more
©2023, Civil Engineering Source