Once a Shy College Student, Almosawy Now King of ASCE Visibility and a 2018 New Face

Okay, maybe not literally everywhere. But he’s getting pretty close to ASCE ubiquity.

It’s a busy life for Almosawy, an Engineering Intern at GCW Inc., in Las Vegas, but he loves it. 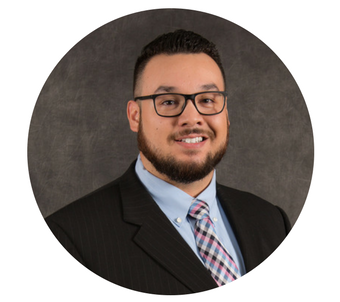 “I have a passion for helping people and working behind the scenes to be the person that’s responsible for putting on events,” Almosawy said. “I enjoy bringing people together so we can help each other. I think that’s what motivates me to stay involved with everything. I like to be that go-to guy who provides something of value to other people.”

ASCE has honored Almosawy’s accomplishments by naming him a 2018 New Face of Civil Engineering.

Almosawy doesn’t simply network with other people; he provides the network. So it’s surprising to learn that this role didn’t always come naturally.

“When I started college, I had always known myself to be a shy person,” Almosawy said. “I kind of kept to my own circle and didn’t go out of my comfort zone. I didn’t really know anybody, and I knew that I had to extend my network. Everybody would tell me that it’s not about what you know, it’s about who you know. The only way for me to achieve that was to get involved. When I first got involved I didn’t know this was something I’d like to do.”

He’d excelled in computer-aided drafting and design while in high school, so he knew civil engineering was a good fit. Now he needed to meet some people. Upon starting college, he joined the ASCE Student Chapter at the University of Nevada, Las Vegas, and jumped immediately into leadership positions.

He remembers setting up a mock-interview event for students that was so popular it drew media attention. He remembers the fun – and occasional insanity – of staffing a NASCAR refreshment stand as an ASCE fundraiser.

It all helped, though. The more he gave back, the more he came out of his shell.

“Getting involved pushed me outside of that comfort zone. It trained me to be more open and not be so insecure,” Almosawy said. “I think I’ve done a 180. Now, I feel like I’m always craving being around other people and meeting new people and things like that. I think I’ve learned to have that skill.”

Almosawy has found a similar communal atmosphere in his daily work at GCW.

“I work at a company where we work really closely as a team. It’s almost like a family,” Almosawy said. “Right now, I’m either working on rehab projects where we’re replacing old sewers with bigger sewers, with more capacity, or I’m doing modeling of different subdivisions and residential neighborhoods.

“Being part of seeing the city grow is really cool. I enjoy being able to take part in the growth of the city. Vegas is growing crazy fast every year. Just the house I live in used to be the edge of town on the west side of the city and now it’s almost in the middle. And it continues to grow. There’s always development coming up. It’s always changing. It’s kind of what I like about it. It continues to adapt and change with the times.”

Almosawy will no doubt continue to travel the country as – fittingly enough – the visibility chair for the ASCE Committee on Younger Members. He’s also president of the Southern Nevada Branch Younger Member Forum, a group he’s seen grow exponentially over the years he’s been involved.

“Everybody is so self-sufficient and passionate, it’s a nice thing to see,” Almosawy said. “Here, everybody seems to work together, and I really enjoy being a person who fosters that kind of teamwork and growth.”