Let your passions inspire your career

By Laurie A. Shuster

(Kingstown, Saint Vincent and the Grenadines)

While some engineering students may be lured from the field by the appeal of careers in computer science, Daniel Campbell, ENV SP, A.M.ASCE—one of ASCE’s 2020 New Faces professionals—made the reverse decision, switching his interest from computer science to civil engineering in the wake of a tragedy. Before pursuing his bachelor’s degree at the University of Matanzas, in Cuba, a landslide in his home country, Saint Vincent and the Grenadines, took the life of his girlfriend’s aunt in 2008. Campbell committed himself to studying civil engineering, understanding and preventing failures, and making communities more resilient to disasters. Campbell recently engaged in a new short-term consultancy with the World Bank, in which he is combining his programming skills with his deep knowledge of surveying, soil mechanics, building design, and construction management to help the most vulnerable communities in Dominica rebuild from the devastation of Hurricane Maria in 2017.

Describe your role as a consultant for the World Bank of Dominica.
As part of the World Bank’s Dominica Housing Recovery Project, I lead a team of ten engineers who are surveying more than two thousand sites where homes were destroyed by Hurricane Maria. These were the homes of the country’s most vulnerable people, who have low incomes, had small homes, and have not yet received any other assistance. The aim is to reconstruct at least seventeen hundred houses.

First, I helped refine the site assessment module of the project’s digital management information system. Now I lead a team of assessors who go to the sites to verify the conditions and conduct basic geotechnical observations. We determine whether the site is prone to landslides and what the slope stability in the wider area is. If there is a slope, we determine the slope dimensions and direction, and we determine if the site is within one hundred feet of the coastline or thirty feet of a river or stream. We see if there are any retaining walls and, if so, if those walls are stable.

How did you get involved in this project?
Right after the hurricane there was a call for professionals who wanted to work on the project. I really wanted to help, and I had had a great deal of experience in the Caribbean. It took time for the World Bank to start the project, but they eventually contacted me. They were interested in my experience in disaster recovery and my research for my master’s degree from the University of Auckland [in New Zealand], which was focused on construction information management systems in the Caribbean and housing resiliency. That was exactly what they needed.

What work experiences made you right for the job?
I cofounded my own consulting firm, Caribbean Engineering and Design Consultants, in 2014 and was working for Digicel Group when the World Bank call went out. I finished my contract with Digicel early and went on to help them with a parallel project in Grenada while working on contract with my next client, Trojan Design and Development, in the Virgin Islands. I was assessing structural integrity and hazard susceptibility. Then in 2017, Hurricane Irma hit the British Virgin Islands, and I did design for that recovery effort and will eventually do construction supervision.

What is the status of the World Bank project now, and where is it headed next?
They are currently enrolling contractors and training them in how to build resilient housing, and they are hiring a full-time project engineer for the duration of the effort, which will last until 2024, at least. I will continue to give overall technical support to that project implementation team. I will help them with anything from training to additional site assessments for hazards. My contract is up at the end of June, and after that I will either move on to something else or continue in a different role on this project.

Why are you so passionate about disaster resiliency?
In 2008 there was a tragic rockfall and landslide in Saint Vincent; a huge retaining wall collapsed along a main highway. One person died—my girlfriend’s aunt. That exposed me to the reality of these dangers. People were passing around the blame, from the engineers to the contractors to the homeowners, and the civil engineering investigation made me curious about how prepared we are for disasters in general. How strict is our engineering system? I was poised to study computer science at the time, but I decided I could still pursue my passion for computer science but within civil engineering. Each year I see more of a shift toward information management and automation in civil engineering. So that’s a bonus for me.

A second major event that influenced me was the flooding in Saint Vincent in 2013. Nationwide, twenty-four inches of rain fell in a twenty-four-hour period on Christmas Eve, and nine people died. I was home from my studies when it happened. I was with some professors, and we approached the government to ask how we could help. We actually talked with the prime minister and his staff, and they welcomed us with open arms. They suggested we set up a company; that is how I ended up cofounding my consulting firm. I was less experienced, but I observed as the Cuban civil engineers and architects took the lead. We worked on pedestrian bridges, flood mitigation, and residential projects.

What role did mentors, advisers, or your network play in your career?
First and foremost, I credit my parents. My father said, ‘Everyone has the same twenty-four hours in a day, and it is up to you to make the best of them; focus on getting done what you can, and know your limitations.’

And I have been very fortunate in my professional life to have many great mentors. Two were the Cuban architect Maurys Alfonso and his father, the late Augustin Alfonso, who was a senior civil engineer and had been the chief technical engineer for several projects in the Caribbean, including the Grenada airport.

Another was Homero Morciego, who was a professor of several subjects during my graduate work and my tutor for my thesis. He did something I will never forget: two years before I had to start the research for my thesis, he called me to the technical library and said, ‘Here are eight books. If you want to seriously research your thesis, you have to start now.’ One was by Karl von Terzaghi, one was by Ralph Peck, one was by Arthur Casagrande—all the greats. He said, ‘Read these, and learn from these masters.’ That still benefits me to today. I understand the underlying phenomena that influence these disasters.

I’ve also had mentors in the Caribbean itself, including Tony Gibbs, one of the most senior and knowledgeable engineers there and one of the original authors of our building code. He is a fellow of the Royal Academy of Engineering, a fellow of the Institution of Civil Engineers in the United Kingdom, and a life member of ASCE. He is known as ‘the hurricane engineer.’ He has been chasing hurricanes throughout his professional life and has done more than fifteen hundred projects.

What personal characteristics have helped you succeed in your many roles?
I never plan more than four hours of time in a day, because you cannot predict everything that is going to come your way. Your day will fill up.

I also have a background in visual arts, and that enables me to think in ways that help me convey ideas to people. As engineers, we can take for granted that people have the ability to visualize what they want. But when we start to communicate to them in square feet or square meters, they may get lost. I try to meet my clients at the site with a survey plan in hand. If you take them to the site and show them that something they want will go from here to here, they can visualize it.

Another trait is I find great value in helping people. I have benefited so much from people helping me, so if I can help others by volunteering or giving advice, then that creates a positive effect that they can carry on to somebody else.

What advice would you give to other young engineers who would seek positions similar to yours?
If you are still in school, do as many internships as you can. I spent every single vacation doing internships all throughout my education, and I credit a lot of my professional development to that. I interned with the Argyle International Airport, which was the first international airport in Saint Vincent. I got the job by taking the advice of another mentor, Glenford Stewart, a past minister of transport and chief engineer of the country. He said, ‘Look for the biggest project going on near you and just show up and ask to work on it. And don’t leave until they hire you.’ So I wrote a letter to the airport’s development company and hand-delivered it. I said, ‘I want to work on this project; I want to be an intern, whether or not I get paid a stipend.’

They allowed me to intern, and eventually they did give me a stipend, and they rotated me around to different jobs. I worked in the soil laboratory, and I worked with the surveyors, architects, electrical engineers, and mechanical team. I also did procurement, contract administration, and demolition. So another piece of advice I have is, if you can, rotate in as many areas as possible.

Also, I encourage everybody to become a member of ASCE; it is the best value for your money. The ten free professional development hours are great; I especially liked “From Project Engineer to Project Manager—Look Before You Leap.”

Those courses can also teach you how to spot a project failure; the earlier you know why a project fails and how to stop it, the better. And they can teach you how to build a reputation for delivering projects on time and within budget and, more importantly, to a high quality and the satisfaction of the client.

What types of positions do you see yourself moving toward over the next few years?
I aspire to do in-depth research on how to improve the resiliency of homes and infrastructure in coastal areas in the Caribbean and especially in my home country. And I want the research to be robust enough to apply to different areas; I was surprised to learn how vulnerable the East Coast of the United States is.

I am inspired by ASCE’s Future World Vision initiative. We spend too much money in disaster recovery and not enough in preparing.

This department first appeared in the March 2020 issue of Civil Engineering.

Are you a younger member who has recently taken the next step in your career? We’d like to hear from you. Email [email protected] using the subject line “Next Step.” 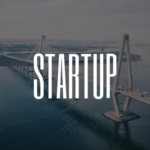 StartUp Part 5: When to make your first hire

StartUp, Part 4: 10 Do’s and Don’ts for Starting Your Own Engineering Firm 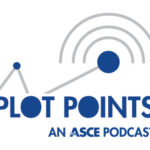