As a doctoral student at the University of California, Irvine, Alexandre Martinez was surrounded by data.

But one word kept haunting his research: “useful.”

He talked it over with a colleague, Tina Korani, professor of new media at San Jose State University, and inspiration struck.

“Together we got an idea to use virtual reality and augmented reality tools that are traditionally used in the entertainment industry and apply them for climate change visualization, Martinez said. 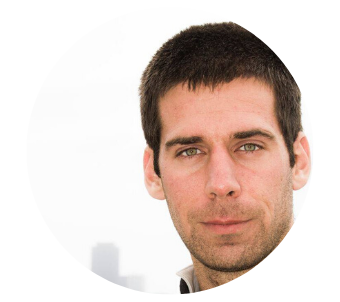 Two years later, they have progressed toward creating a tool based on virtual reality for coastal flooding preparedness. Martinez recently received a grant from the American Geophysical Union to pursue the project, and he is on schedule to complete his Ph.D. at the University of California, Irvine this summer. ASCE has honored him as a 2020 New Face of Civil Engineering.

“I saw there was a huge gap in the technology used in new media – journalism, video games or cinema – and the one we use in civil engineering which was just basic 2D maps,” Martinez said.

“So we thought we should have some collaboration between all these high-tech companies we have in California that work in virtual reality and all the very high-level research happening in universities. We wanted to have a bridge between these two fields and use the knowledge that they have in the entertainment industry for something that is more useful for society.”

Video games are fine and all, Martinez thought. But instead of using VR technology to create yet another gaming environment, imagine the possibilities of mapping sea-level rise in a way that appealed to the mass public.

“We saw that there was big potential in this as communication outreach,” Martinez said. “These analyses are already here but typically hidden in scientific journals or reports.”

Martinez grew up in Hon-Hergies, France, the son of a French mother and Spanish father, surrounded by civil engineering history.

He remembers being inspired by the local boat elevator dating back to Napoleon and miles of old canal lines still in use. He remembers the infrastructure still present from the time when the city served as a regional capital of the Roman Empire. These things motivated him to study in the renowned civil engineering program at Centrale Lille.

From there he came to the United States, to the University of Texas at Austin to get his master’s degree in environmental and water resources engineering and now UC Irvine for his Ph.D.

“I really want to keep working on what I’m doing now – climate change and extreme events with this communications focus,” Martinez said.

Martinez’ skill set is verging on that of the public relations expert. Marketing gurus would be proud. The hope, he said, is to educate as many people as possible.

“Instead of having a 2D map with some numbers, we can show in a 3D environment the consequences of sea-level rise, breaching the seawall, levee failure,” Martinez said. “For people, a 3D environment makes it much easier to understand how it works. If you think about elections for instance, you want people to be able to make good votes. If you want people to vote in favor of, I don’t know, raising a sea wall, you want them to understand why all of this is important.

“That was one of the main motivations – wanting people to understand better what climate change means on coastal flooding without talking about technical terminologies. We just want to show them how it works.”

Martinez and Korani’s work has garnered lots of interest in collaboration, from video game companies in Los Angeles to data sets at organizations like the National Oceanic and Atmospheric Administration. The plan now is to have a museum exhibit by the end of the year using a dome to showcase a climate change 3D environment.

“It is actually when I first saw his Instagram page with a lot of photography and great explanations about hydrology that I started thinking about outreach,” Martinez said. “Working for him has been a great source of motivation for me to make my research more useful than a paper and some citations.”

Martinez is applying for faculty positions in hopes of continuing his work, research and teaching.

“We’ve gotten a lot of good feedback from people who are interested in working with us on this,” Martinez said. “It would be very good to have a mobile application in which you scan the environment and get some augmented information updates. So that’s the plan.

“Hopefully it works! We will see.”

Pandemic or no pandemic, the key to finding a job remains the same.
Read more
Innovation

The Biden administration wants to use infrastructure to improve racial equity and environmental justice while redressing harms associated with past projects.
Read more
©2023, Civil Engineering Source