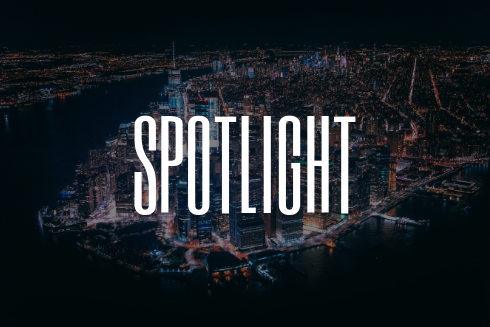 Lisa Jaster was entitled to a victory lap. She had every right to hit pause and maybe even relax a little.

Now, in her 30s, with bachelor’s and master’s degrees in civil engineering, she had a husband and children and a fulfilling engineering job with Shell Oil in Houston. White picket fence, flowers in the window, all that.

And then a very intriguing opportunity came to her attention. The U.S. Army Ranger School was opening to women for the first time in more than half a century.

“At first I replied with no interest,” Jaster said. “I was like, ‘I’m just not there anymore. Yeah, I like to jump out of airplanes, but I like room service.’”

Little did she know.

One year later, Jaster became one of three women to graduate from the first integrated Army Ranger School class, and she will be telling her inspiring story as the closing keynote speaker at the ASCE 2019 Convention, Oct. 13, in Miami.

So how did she get from room service to taking on Army Ranger School?

“My husband is my greatest advocate and my greatest enemy, simultaneously,” Jaster said, laughing.

U.S. Marine Lt. Col. Allan Jaster, also an Iraq veteran, knew it was a challenge that his wife not only could manage but one she needed.

“I’m thinking, ‘These 22-year-old women are going to be much more likely to succeed than me, about to turn 37,’” Lisa said. “But Allan kind of hung this carrot over my head, saying, ‘How would you feel if no woman ever graduated from this school, and you were just sitting here thinking, let someone younger do it, someone who doesn’t have a full-time job and two kids at home? How would you feel if you were the one who could have graduated but you never tried?’”

Predictably, when Jaster showed up to Ranger School, she stood out among the overwhelmingly 22-year-old male student base. But that was always kind of the point, right?

“I had one of the instructors look at me and say, ‘What are you doing here?’ I’m like, ‘I don’t know sir. I guess a bunch of bad decisions have led me to this point,’” laughed Jaster. “But of course, it’s quite the opposite. It was obviously a life-changing experience.”

In the end, it was the doubters (and she’d probably include herself in that list at times) who helped propel Jaster to history. She wasn’t only there for herself. She was there for her husband and children. She was there, working to lift up an entire gender.

“And it very easily could’ve gone the other way, but at the end of the day it’s like my favorite quote at the time was from Einstein: A ship is safest at the shore, but that’s not what it was built for.

“This is what I was built for.”

ASCE is gearing up for the Society’s flagship event – the ASCE 2021 Virtual Convention, Oct. 6-8. And whether you’re a first-time attendee or a veteran convention goer, we want to help you discover the path to civil engineering innovation.
Read more
Innovation

In a ceremony unlike any ASCE has seen before, Jean-Louis Briaud assumed the role...
Read more
©2023, Civil Engineering Source